Amazon in India to eliminate Single Use Plastic Packaging

What is the single use plastic being removed by Amazon in India?

Single-use plastic is one of the greatest evil that the entire world is facing currently. Because of the advent of pandemic and lockdown in response to it, there has been lesser production of garbage in India. But this could only be possible because of the shutdown of almost everything in India.

With the unlock 1.0 coming into action, once again the level of pollution in every form, be it air, water, or soil has gone high. This is a very alarming issue which needs to be addressed as people resume back to their normal life.

Single-use plastic under this occupies one of the most important positions. Single-use plastic is basically a synthetic polymer which is used for packaging and storage. It is very readily available in the market because of it being very cheap to manufacture as well as to purchase and its resistance to water.

These qualities of the single-use plastic made it one of the most preferred material for daily use. For commercial purposes, most of these FMCG companies widely use one time use plastic. E- commerce platforms like Myntra, Flipkart and Amazon in India have used single use plastic since many years now.

Initially single-use plastic did not cause much trouble to the population but with the advent of time, there was an increase in the production of plastic. Sooner almost every landscape on the earth started being polluted by plastic.

Not only that the disposal of plastic was not taken care of and they started affecting the general ecosystem.

More disadvantages of Single Use Plastic

One of the biggest disadvantage of using single-use plastic is that they cannot be recycled and put to use again at the same time take thousands of years to decompose. This means that the production will keep on increasing but the recycling will not happen. Soon, a large quantity of a single-use plastic accumulated on the earth’s surface and there will be no place to dump it.

They also cause a lot of soil pollution. Some people also burn plastic to dump it. But burning plastic is not a good solution as the leather chemicals are released in the atmosphere and cause extensive air pollution.

The saddest part is that we know all of this but still do not take any step for it. The corporate sector of the economy is always blamed for causing too much pollution during the manufacturing and production process to earn profit. This fact cannot be denied.

When did Amazon in India decided to eliminate single use plastic?

Any MNC and domestic companies can take advantage of single-use plastic and try to exploit the environment for their personal gains. This corporate culture has been prevalent in India and different parts of the world for a very long time. There are very few companies to come up with a sustainable way of leading their organization to help save the environment. One such company is Amazon India.

Amazon in India has always been under scrutiny because of its large consumption and production of single use plastic. It is also criticized for its non-sustainable activities which involve extensive packaging for save delivery and extensive use of resources.

Amazon in India was questioned on grounds of pollution. India is struggling with the issue of pollution for a very long time.

Prime minister Narendra Modi, along with many ministers time and again have tried to understand and formulate ways to curb pollution. But this cannot be possible without the assistance of the corporate world as well as the people.

Amazon in India is asked to not use non-sustainable ways of packaging and production such as bubble wraps and extensive use of tapes in packaging.

Amazon in India took this criticism in the most enthusiastic manner and tried to bring about change. From June 2020, Amazon in India stopped using single-use plastic in any way possible. 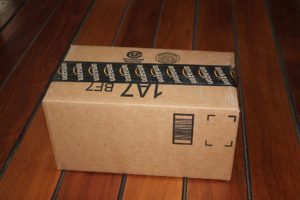 Earlier Amazon in India used to use single use plastic for packaging all the items which had to be delivered. Plastic used for delivery is now replaced by paper-based packaging material and tapes. This initiative by Amazon in India to minimize the usage of single use plastic is appreciated globally. There are a lot of chances that the same model will be imitated by the west.

Amazon in India has tried to bring about this change as they have been trying to implement this no single use plastic model since last year September. Finally this year in June they wanted to act. This only happened when Amazon in India pledged to not use any kind of single-use plastic and try to eliminate everything under this as soon as possible.

Amazon is one of the leading global companies and is very trusted amongst people. Because of the company’s such good initiative, it will serve as an inspiration to other MNCs and big firms. Not only that the initiative also encourages customers to satisfy themselves without the use of single-use plastic. Amazon has also said that the customers who will not follow the new model will be charged and fined.

Garment manufacturers in India note a boost in the demand of nightwear in lockdown!

2 thoughts on “Amazon in India to eliminate Single Use Plastic Packaging; June 2020”