India has an agrarian economy. Meaning to say that all major part of the manpower in India is based on agriculture and other related activities. In spite of that, a major trunk of production and contribution to the gross GDP of India comes from the corporate sector. This is because of the lack of mechanization of agriculture and the plight of farmers because of changing weather. At the same time, the produce obtained from the corporate sector is tremendous. But this does not mean that they are able to fulfill their actual potentials. The corporate sector has a lot of limitations such as economic downfall and foreign trade, which does not allow it to produce to its maximum potential. do we need to make sure that the corporate sector of the Indian economy, which is one of the greatest contributors in the GDP, is not only able to produce more but is also ensures greater benefits.

FMCG is an abbreviation used for ‘fast-moving consumer goods’. FMCG companies are the companies that produce commodities that are consumed fast by the consumers and at a relatively lower price. These companies usually have a good economic profit because bulk production ensure a reduction in production cost and at the same time the demand for this product is always high. These companies are usually ranked on the basis of the sales reduced by them per anum. The FMCG market in India is very huge because of the large population of the subcontinent. That is the reason why a lot of FMCG companies in India have seen greater profits in less time and become a great space to apply for jobs.

Following are the list of top 10 FMCG companies in India:

The company has been part of the and FMCG sector in India for the past eighty years. Many big organizations and websites recognize it as the largest FMCG company. It has approximately 40 brands Surf Excel, Lakmé, etc. associated with it. The company has expanded all across the Indian nation with its brand providing world-class beauty,  food, and home appliance commodities.

The company was established in 1910 and is known for trying its hand in almost everything possible. From appeal, education, and stationery to home appliances and beauty products. The company’s full form is  ‘Imperial tobacco limited’. the name was later changed to imperial tobacco company limited and then was abbreviated to ITC. In its course, the company has seen rigorous indianization. The company still stands as one of the top leading FMCG companies in India.

Nestle India comes under the list of the top beverage and food FMCG companies in India. It has prepared for approximately a hundred years. It is known for its tasty products. The company started its manufacturing center first in Punjab, Moga. but later the number of manufacturing units increased and now the company has four main offices in India. The company has many local and international food and beverage products such as milk, coffee, chocolates, milk powder, etc.

The company has become a household name in India. It holds a hundred-year-old legacy and is one of the most trusted bands in retail stores. the company is known for producing good quality biscuits such as Good Day, Tiger, NutriChoice, etc. The company claims to have reached 50% of the consumers or households in India.

The company is said to have reached 1.15 million houses globally. It is 120 to your old venture which has established its name in the market of Asia, Latin America and Africa. The company specializes in hair products home appliances and self-care products. The brand is very famous for its back tissues and freshness, especially in Indonesia.

The brand said to have a very cultural experience of many years in the food and self-care industry. The company specializes in Ayurvedic and cultural medicines and herbs. It is globally known to have attracted audience bye by its enriched heritage. Many hair oils,  food tonics, and soaps used in India our portfolios of this company.

With some of the most widely used Marico product list such as parachute, saffola, etc. The company owns greater revenue that most of the FMCG companies in India. It is a younger venture in comparison to other FMCG giants with an experience of only 25 years. In spite of the fact that the company has a lesser experience, it manages true to be one of the leading FMCG companies in India. The company specializes in health care and self-care products. Marico product list available on different websites.

The company has a very famous name in Indian households. Because of it being readily available at a cheaper cost, the products of Parle agro widely consumed both in rural as well as the urban setting. The company split into three businesses to look after the growing and vast dynamics of work. One wing looks after the agricultural products will the other to look after the famous biscuit Parle G and other Parle products. 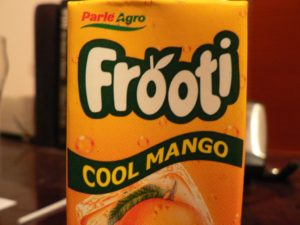 The company came into force much later than other companies. But it was surprisingly reached at the top of the sales charts. The company is established by Baba Ramdev who is a yoga guru. It specializes in ayurvedic products such as hair oil, shampoos, medicines, tonics, etc. The company promotes Swadeshi products or products made only in India.

The brand has a vast diversity in its portfolio ranging from balms to soaps and creams. The company is majorly known for its work in the 1self-care sector. The brand has options not only for women but also is a leading producer of men’s deodorants and creams.

Modicare: Know everything about it || Modicare skin care product, login

Is Indian Economy is fully reliable on liquor industry that it necessary to open it during the pandemic lockdown?