Ragi is also known as Nachni

It is an important millet grown extensively in various regions of India and Africa. Its scientific name is Eleusine coracana. It ranks sixth in production after wheat, rice, maize, sorghum and bajra in India.

In India, ragi (finger millet) is mostly grown and consumed in Karnataka, and to a limited extent in Andhra Pradesh, Tamil Nadu, Odisha, Maharashtra, Uttarakhand, and Goa.

Ragi is an extremely nutritious millet, that resembles mustard seeds in appearance. 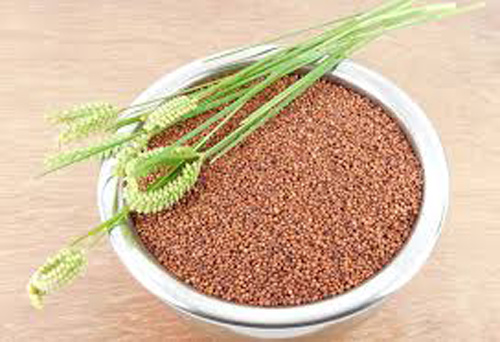 Finger millet is especially valuable as it contains the amino acid Methionine, which is lacking in the diets of the poor who live in starchy Staples such as cassava, plantain, polished Rice, or maize meal. This grain is rich in protein, calcium, fiber, and iron.

Nachni or Ragi in English known as Finger millet or Red millet.

Ragi has traditionally been used across the world in varied food products The grain is used as in making flour Ladoo porridge chowder ragi mudde and some savoury snacks too. Nowadays people are aware of the health benefits of ragi, so they start mixing ragi with other grains like rice, and wheat for preparing traditional dishes like idlli, upma and rotis. It has different names in local languages.

How to select ragi with high nutrition

Ragi is a favorable fiber-rich Indian food, that serves as an alternative to other routine cereal and grain crops in the Indian diet regime such as rice, wheat, or barley.

Here are some ragi health benefits everyone should be aware of :

Ragi flour is one of the best non-dairy sources of calcium when compared to any other grains. According to the National Institute of Nutrition in India, 100 grams of Ragi contains 344 mg calcium. 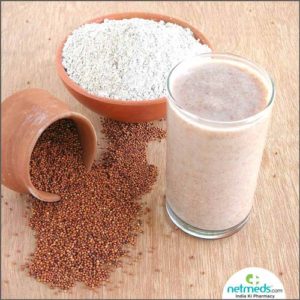 Calcium is critical for healthy bones and teeth and prevention of osteoporosis – a disease that weakens the bones. “It is extremely beneficial for growing kids and can be given in the form of Ragi Porridge.

The grain’s seed coat is abundant in polyphenols and dietary fibers as compared to rice, maize, or wheat. The low glycemic index lessens food cravings and maintains the digestive pace, consequently, keeping blood sugar within the safe range.

It is best to add it to your morning meal or have it for lunch in order to keep your system on track the whole day.

Ragi works wonders for maintaining young and youthful skin. Vital amino acids like Methionine and Lysine present in it make the skin tissues less prone to wrinkles and sagging. 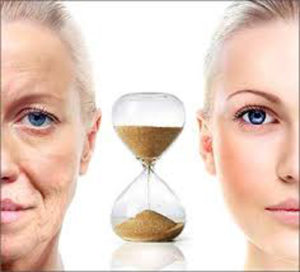 Ragi is also one of the very few natural sources of Vitamin D which is mostly derived from sunlight. Vitamin D is a carrier molecule for calcium, which accounts for vitality.

Ragi is an excellent source of natural iron and thus a boon for anemic patients and also for those with low haemoglobin levels.

Once ragi is allowed to sprout, the Vitamin C levels tend to increase and lead to easy absorption of iron into the bloodstream.

For the optimum absorption of iron, you can consume it in the form of Ragi Dosa or Ragi Balls, with plenty of vegetables and a generous squeeze of lime or a bowl of tangy Sambar

Regular consumption of Ragi is highly beneficial in dealing with conditions of anxiety, depression, and insomnia.

The presence of antioxidants, mainly Tryptophan and amino acids, helps as they work as natural relaxants.

Ragi consumption is also useful for migraines. You can go for healthy and crisp ragi cookies for calm down your munchies.

The high amount of dietary fiber combine keeps the stomach full for longer and prevents unwanted cravings. This, in turn, leads to a minimized appetite and weight loss.

Ragi flour lowers your blood sugar levels in the body by activating insulin. It is best consumed in the morning to make the most of its qualities and keep you full throughout the day.

According to the nutrient database of the U.S.D.A (United States Department Of Agriculture). The ragi nutrition values in a 100 g serving of ragi flour benefits are as follows;

Being non-glutinous, finger millet is safe for people suffering from gluten allergy and celiac disease. It is non-acid forming, and hence easy to digest. Finger millet is rich in amino acids.

Simple Guide 101 on How to Treat Depression The Right Way!