Evolution of misinformation and fake news.

We live in a democratic nation, a nation that provides us the freedom to express our opinions and emotions. Indian constitution is one of the most beautiful things India can ever have. It is one of the longest constitution in the world that was not only democratically written but also was an inspiration to many other nations.

One of the most famous and beautiful article is that of a free press. The entire public gets to know about the working of the government and about the policies they have formulated by viewing the news each day.

With the advent of technology, the news industry expanded to other forms instead of being only limited to television. The apps and websites caring the news have now become the biggest and most used news platform. It solves the problem of accessibility and is very handy.

Unlike the newspaper which would come only after a day and would be a bit cumbersome to go through, the news websites and apps carry the latest of the news with the most up to date pictures related to the article. In totality, the news industry is very much part of the opinion formation of the people, it lets people understand politics and become a much-informed voter.

But how confident are we when we say that our media is completely free from any biased reporting, fake news and yellow journalism? None of us can guarantee that. Because every one of us knows that the news that we come across now is sometimes very biased and sometimes very fake.

Misinformation and fake news at the time of Coronavirus pandemic

During the lockdown, a lot of people have started to use social media and the internet much more than what they actually would do. This had given a very easy opportunity to clickbait news circulating about anything and everything. This is also coupled with the tense atmosphere generated because of the rapid spread of the coronavirus.

People started to feed on any information regarding the treatment and prevention of corona. This is not limited to only websites but very much to the social media such as Facebook, Twitter, Instagram, etc. Whatsapp needs to be mentioned separated here. It has not only become one of the most fastest and widely used platforms to spread misinformation and fake news but is also taken very seriously. 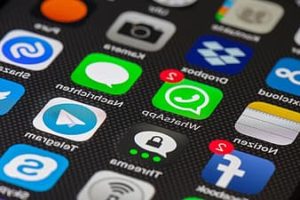 Not only COVID-19, but misinformation and fake news is also spreading about the UGC 2020 Examination.

How can I check that I am reading misinformation and fake news?

Amidst all this, we are left with not many options. One of the best ways to avoid us from being swayed away by any misinformation and fake news is by using our wits and questioning each and every news that comes into our notice. If we try to attach a reason to the news we came across, we will ourselves understand and keep some distance from many fake news. In almost all of the cases, we understand the difference between actual news and made-up content.

Another very effective method to check the authenticity of the news, we can verify it with other legitimate sources. Assuring the content by aligning it with other articles on the same issue can let us understand the extent of the legitimacy of the news.

The issue of misinformation and fake news had done tremendous bad to the society. It has lead to many people being lynched and mobbed. Not only that, but it also leads to a lot of people formulating a false image of people.

Fake news can also be the cause of spreading hate and misconceptions. They often end up into big communal wars and never-ending conflicts. There are many facts checking sites that will help you bust misinformation and fake news. Alt News, BOOM, WebQoof, Factly, etc. are some facts checking sites that can help you locate facts and the reality behind the news article under scrutiny. 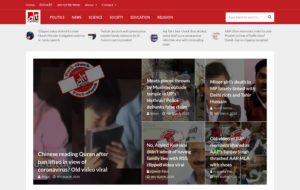 According to many sites and researches, usually, the vernacular newspapers print reality as they are not funded by big political parties. The local, new sites and sites with many unwanted advertisements is usually the one from which need to be careful. Another important thing in this context is the use of misleading and cheesy headlines to woo views into clicking it. Exciting headlines mostly feed misinformation and fake news to audience.

We all understand the gravity of the problem but in spite of this, we fail to put in some efforts for it. If we plan to not do anything at all then also there is one initiative we can take. Not forwarding the content so as to avoid it being exposed to new chain of circulation. That would, in itself, make a lot of change!