India is a diverse country with many religions, cultures, and languages. Both in social and political terms, India is one of the most vibrant countries in the world. We can say the same when it comes to the economy. India offers a domestic market to a lot of countries. Not only
that, but it also has great resources that many MNCs use as raw material. India also has a great labour force, both skilled as well as unskilled. Having said that all, we can very well establish the fact that India plays a very significant role in the global economy. Like any other
country, India was also affected by a two-and-a-half-month lockdown due to the rapid spread of COVID-19.

The study of the economy during the time of COVID-19 will render obvious outcomes of its fall. We can bifurcate the impact of economic slowdown at the national and the international level. In the entire setup, the role of the government becomes paramount. Internationally,
approximately 49 million people are to be sleeping under the poverty line category after the end of the pandemic. A statement by the UN chief Antonio Guterres tells of the effect on international food security. According to him, the all-over decline in the global GDP will lead
to more children experiencing stunt growth and lack of proper nutrition. And therefore theUnited Nations has asked every nation to take appropriate steps at the possible level. &quot; Countries need to scale up support for food processing, transport, and local food markets,
and they must keep trade corridors open to ensure the continuous functioning of food systems,” he adds.

WHAT IMF AND THE PRINT ESTIMATED AROUND APRIL -MAY

The report by the International Monetary Fund and The Print tries to differentiate the impact of global poverty in the urban and rural sectors. The open setup will be less affected when it comes to the economy. People in the rural set up will see the lack of availability of food
sustainable, livelihood, and assistance. But at the same time, the rural setup will not experience the reduction in ages like the urban workers because most of them are self-employed farmers. Reports further add that the worst affected profession would be of farmers. In India, the locust army has already damaged a lot of farmlands in Rajasthan, Madhya Pradesh and some parts of Delhi-NCR. In totality, the farmers will not have much income for the next season and will be stuck in a vicious cycle of debt.

If we talk about other countries, alongside India, Nigerian and Indonesia were able to make a successful exit from extensive poverty recently. Covid-19 has again led these countries to fall in the same pit. People already under the below poverty line are in the worst situation.

When we talk about below poverty line, each country has its own limit set according to the resources and budget. For India, the below poverty line at present is Rs. 972 per month in rural setup and Rs. 1,407 per month in the urban setup. With this figure, approximately 60%
of the Indian population, which numerically is 812 million people, survive under the poverty line. After the pandemic, this percentage is to increase to 68%, which was prevalent many decades ago. In other words, India will travel backward when it comes to development and
economy. Not only this, but the level of unemployment is also to rise to 90% of the labour population facing a lack of jobs. 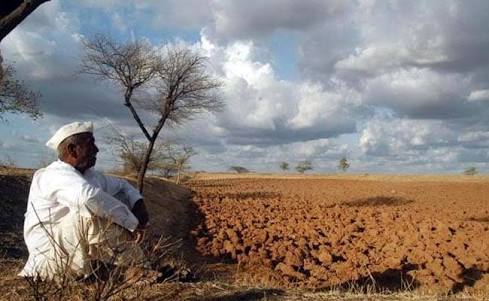 When it comes to business, the effect has not been uniform and is dependent upon the vastness of the company or the brand. The MNCs and other big domestic businesses have not faced a very bad situation. The laborers who migrated back to their hometowns have
obviously led to a loss introduction but big businesses have started practicing tactics to handle the situation. from arranging food and accommodation facilities for labourers to completely changing the workforce consisting of only locals, MNCs to a large extent have
managed the situation to help their business system. A lot of companies have tried to sell their shares to the trusted shareholders and derive money out of it. Other tactics like reduction in the salary and extra expenses, they have somewhat managed to thrive. A lot of
MNCs have digitized ID and I am trying to move to the online platforms where they can still find customers.
There are a few sectors that are more affected in comparison to others. The travel and the tourism sector, aviation, real estate, automobile, and the beauty sector have faced phenomenal decline.

If we compare March and April, video calling platforms like Zoom and Skype have witnessed sharp increases. Not only that, but some other sectors like the gaming sector and online dating apps have seen greater participation of people. Instagram and Tik Tok have attained
a very extensive amount of popularity during the lockdown because of the opening up of new handles and greater activity among the existing ones. One thing which is common in all of them is the internet. From Netflix to Jio, the number of subscriptions has increased
because people at home not only desire connectivity but also entertainment. In response to the popularity, Instagram, YouTube, Reliance Jio, and many other digital platforms have launched schemes customized for the needs of new customers.

We can very easily conclude from the above discussion that the economy is the worst affected. A lot of people blame the current government while others put it on the coronavirus pandemic. Whatever the case is, the middle class and the lower class are always the worst
affected population. As far as the recovery of the declining economy is concerned, only strong policy planning and swift management headed by the sightful government can save the day. We cannot neglect the existence of an already linked economy and agrarian set up in
the nation, which will not only add to the situation but will also make the process lengthy.