Every social, civil and political movement begins with a hashtag, and is always aggressively contested with an opposing hashtag.

When there was #Me Too, there was #Men Too, not to forget men when women spoke up about sexual assault, and when Black people all around screamed that #Black Lives Matter an ignorant #All Lives Matter came as the prompt reply.

All Lives Matter captures our aspirational values as a society

“All Lives Matter” has been allowed for too long to stand as a legitimate movement, counter-protest slogan and good-faith effort to include not only people but animals too. ‘All Lives Matter’ is a phrase that captures our aspirational values as a society. All men, women and animals are created equal . 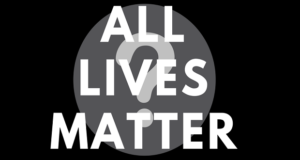 Principles of equality stated in Article 14

In the constitution of India codifies the fundamental rights- the basic human rights of its citizens. One such right is the right to equality .  Article 14 is the most significant of the lot. This deals with the general principles of equality. Article 14 of the constitution states that:

“The State shall not deny to any person equality before the law or the equal protection of the laws within the territory of India.”

This means that every person, who lives within territory of India, has the equal right before the law. That equals will be treated equally on the basis of race, sex , color, religion etc. 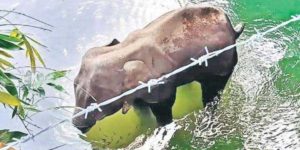 If we talked about “all lives matter” it is true but are we following this thing? Are we really treating everything equally ?  whether it’s a men ,women ,or animal. Every life has a equal right to live.Few days back in this pandemic , we heared something very heartbreaking news about how brutally people treated a  pregnant elephant and how badly she died.

Few days back, Forest department gives us a report which stated the brutal killing of a 15-year-old pregnant wild elephant at Thiruvizhamkunnu, Palakkad.

Her jaw was broken and she was unable to eat after she chewed the pineapple and it exploded in her mouth. She could not eat thereafter. To relieve her pain and burning sensation, she entered a river, stood in the water with her mouth open, but succumbed to her injuries after a long struggle.

Mohana  Krishnan, a forest department section officer who was part of the Rapid Response Team that attempted to rescue her, posted about the incident on Social media . From that time each and every social media handles if flooded by the same news. This news take place in many political controversies

Ethics and morals are demolish in this world of modernization. 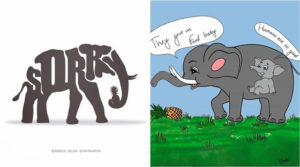 Cases of cruelty and inhumanity towards animals are on the rise .There are numerous laws in India that were established to safeguard animals and stop cruelty towards them but very few are aware of what they are and how they work.  In this world of modernization and development people are slowly losing their ethics and morals not only towards each other but towards these innocent animals as well .End numbers of tweets , post poems and other many things related to this was trending all over the social media . People were trending by #alllivesmatter hashtags.

Not only in our country rights are being violated but in some other developed countries human lives are being assaulted and are killed brutally. For once people can forget a lose of a animal but how they can overcome a lose of a human life which costs everything for something . Human life means a lot to each and every person unless or until they are your own friends and family . The whole protest , the whole incident by which this #alllivesmatter hashtags are in lamelight is the protest which is running all over the world for racisim.

Where the whole world is suffering from Coronavirus pandemic ,in United States Of America turns out, thay they have  to deal with a big major protest of #blacklivesmatter.

The death of 46-year-old African American George Floyd choking under the knee of a white police officer in Minneapolis on May 25 triggered waves of protests that continue to wash over the U.S. Floyd was pinned down for eight minutes and 46 seconds. 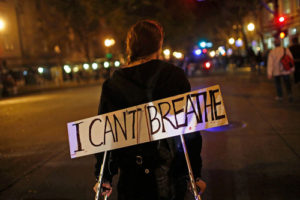 The  protests also brought back to the street as well as social networks the Black Lives Matter (BLM), a movement for racial  justice.Floyd said “I can’t breathe,” several times and called out for his mother before falling silent, but the cops did not let him go.

#BlackLivesMatter movement back into action

From California to Germany to South Korea, protestors showed up to voice their support of the Black Lives Matter movement and speak out against racial injustice and police brutality. 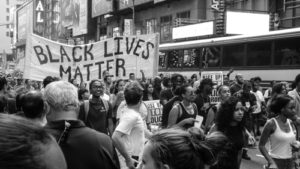 As crowds chanted, “No justice. No peace,” and shouted #blacklivesmatter , they also carried signs with phrases  like “Legalize melanin” and “I can’t breathe.” Some people called out to arrest President Donald Trump, while others simply stated that Black lives matter. Thousands of Black Lives Matter protesters have flocked to anti-racism rallies across the globe this weekend after the killing of George Floyd sparked mass unrest. 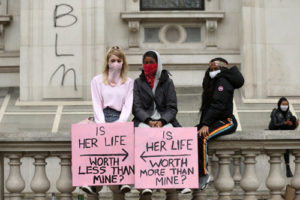 The purpose of the movement is to highlight that presently the situation and lives of Black people are undervalued. Black people are arrested, convicted and killed by police more than white people, that they do not feel safe, and hopes to bring an end to this.

1 thought on “Every single life matters.”